Pros & Cons Of Adding Solar To Your House

here’s an abundance of sunshine in San Diego, but do the benefits of installing solar outweigh the cons?

That’s what we’re going to unravel together today. Below, you’ll find an unbiased take on both the good and not-so-sunny sides of solar panel usage.

Ultimately, how the pros and cons line up depends on your unique preferences. That said, as a baseline, let’s start by looking at average solar startup costs.

Starting in 2020, a California state law made solar installation a matter of compliance, not just cost. The law requires all new homes to have solar panels.

Either way, the cost is still a natural concern.

Put another way, it breaks down as:

As for utilities/energy costs, for San Diego, solar panels cost an average of $2.80/Watt.

However, there is a way to potentially save thousands on these costs. This brings us to the first set of pros and cons.

Depending on the budget you have available, the numbers above may seem a little daunting at first glance.

That also depends on how badly your current costs (electric) are zapping a hole in your monthly budget.

So how can you take any remaining sticker shock out of solar installation?

By installing solar, you may qualify for San Diego (local), California (state), and/or federal tax credits.

In 2020, this meant a 26% California tax credit for adding a solar energy system to a home.

At the timing of writing, the tax credit is still available. However, the current rate has dipped down to 22% in 2021. This can still add up to saving thousands on your solar costs and installation.

To know the full extent of tax savings (or liabilities) in a given situation, you should always consult with a local tax expert.

Did You Know? According to a study by the Environment America Research & Policy Center, San Diego has previously ranked #2 among the nation’s top adopters of solar-powered installation!

Additional Pros and Cons Of Solar In San Diego

In fact, depending on the scope of installation and whether you’ve got a blackbelt in DIY, it will be outright impossible.

For most, this won’t be a major concern. However, if you’re the handy type used to saving money by doing your own work, this is something to consider.

(Note: Also keep note of any warranties you may have, and be aware of if a third-party installation will void them or not.)

That said, there is a bright side…

Solar Pro: Solar In San Diego (And Beyond) Is Cheaper Than Ever

To put things into perspective, data published in a 2020 issue of Fast Company said, “The price of solar electricity has dropped 89% in 10 years.”

Said another way, you now have nearly twice the amount of solar ‘buying power’ versus a decade ago.

Given a nearly global surge of interest in sustainability and energy infrastructure, it’s fair to assume costs may get even cheaper.

Although this is less of an issue with more homes sporting solar panels than ever, it’s worth noting. This is especially true if you may end up selling your San Diego home.

Not everyone will think the environmental or economic benefits of solar panels will outweigh aesthetics. You may get a potential buyer who sees them as an eyesore.

On the other hand, Zillow reports, “More than 80 percent of homebuyers say energy-efficient features are important.”

These days, solar panels are also a lot sleeker in design so not much to worry about here.

Not only does solar produce its own energy and create savings, in many cases, it’s eliminated an electric bill completely.

In fact, some individuals have produced enough power in a month to qualify for reimbursements from their utility company!

This is known as “net metering” and is offered by loads of providers. It’s kind of like how extreme couponers sometimes save so much they are owed money for shopping instead.

For every “x” amount of excess power (usually every kWh), you’d get paid.

Did You Know? The average payback period, the amount of time solar pays for itself, is 6-9 years, depending on cost and annual utility savings. (Source: EnergySource.org)

Solar Con: At Night, It’s Lights Out (Sort Of)

Naturally, you’re only converting solar into energy during the day. And that assumes it’s not a rainy or overcast day.

Just like flipping a switch on an electric home, power is being used in real-time. At night, it depends on the type of solar system you have.

You might be surprised to hear the majority of solar setups are still tied to the electric grid.  As noted with net metering mentioned, any excess power that could have been used at night gets poured back into the grid instead.

At night, your utility company sends electricity. In turn, you simply pay for only the amount that exceeds the power you may have already sent them.

Solar Pro: Storage Is Cheaper Than Ever, Too

As technology and adoption improves, the costs of solar and solar-related solutions have become more affordable.

This includes storage, known also as solar batteries. Just like the other costs we first looked at though, whether cheaper equals affordable depends on your unique situation.

In some cases, having a battery installed can double your total installation costs.

This is one reason why most will tell you grid-tied is the most common way to go, in San Diego and generally speaking.

When net metering is impossible or not offered.

When peak-time and other charges make net metering less profitable or convenient than battery storage.

A Bonus Perk Of Adding Solar: Added Value To Your Home

An analysis of data from Zillow found that, on average, homes with solar have sold for 4.1% higher than homes without.

Naturally, this will depend on:

In San Diego, solar isn’t the only in-demand feature or way to increase your home’s selling power.

Working with a local agent gives you priceless insights into the features and amenities that are in high demand, what’s selling, popular colors, trends, and more.

Contact us today to explore the best ways we can help you.

6 Simple Ways to Save Energy

A single light bulb switch can have such a major impact, imagine the difference you can make with these quick and free changes. To reduce ...Read More 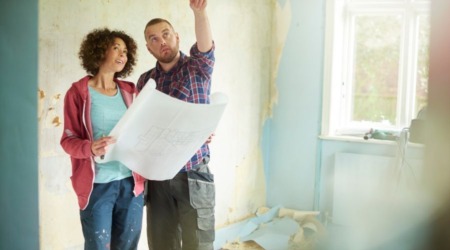 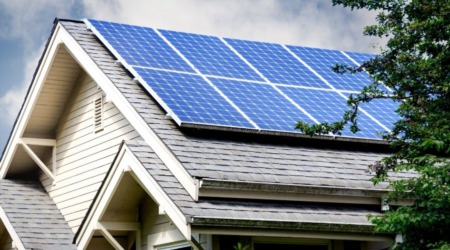 As part of California’s increasingly ambitious energy plans, new solar mandates have been put in place over recent years. With these changes ...Read More